Summary: Here's what I did in 2019: my business doubled, made new friends, stretched myself and picked up some new habits. (1029 words/5 minutes)

Another year has come and gone. 2019 was a pretty wild year for me, with a number of big life events and transformations like I haven't had in a long time. It was also a year in which I confronted my inner life more earnestly, which is something I had only started to do in 2018. 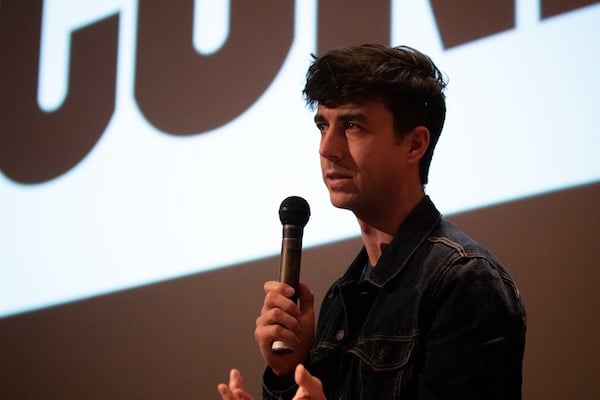 So, I'll start with the big bang, the thing I'm most proud of. My freelancing - a combination of book sales, client work, and workshops - doubled in top-line revenue this year. Expenses were a lot higher too, but I'm still taking home a lot more than I was last year.

Despite being in the self-employed business for almost 5 years now, this is probably the first year in which I made as much or more money than I would have at a corporate job. Still, I wouldn't trade the autonomy I've gained for anything. Making money on your own terms is really the ultimate luxury good.

Most of the growth this year came from my workshop business - both public and corporate. I booked a lot more on-site corporate workshops, and did a tour of more than a dozen cities this summer in the USA. 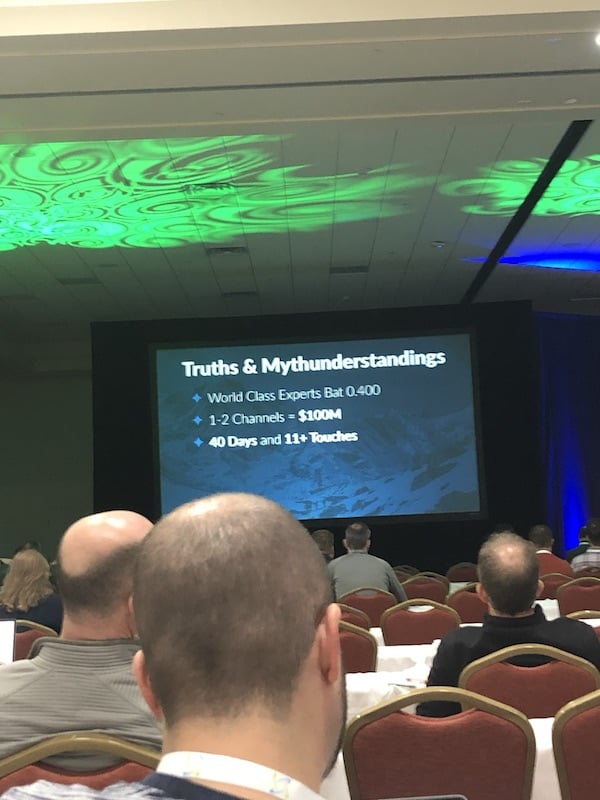 Presentations at MicroConf were pretty good too!

I went to Microconf for the first time. I met a lot of cool people there, and ended up (eventually) getting into a biweekly "mastermind" group with a few of them. I enjoyed the atmosphere of MicroConf a lot. Everyone was looking to help everyone else, no one was "judgy" about other people's businesses, and no matter how weird your niche was, there was someone else there doing a very similar thing in a slightly different way, and you could talk shop all day about it.

At the beginning of the year, I tried "bulking up" by following the Starting Strength system. I stuck with it pretty religiously for about 3 months, until I injured myself and couldn't get back on the horse again afterward.

In November, I ended up trying a Peloton bike at a hotel, and actually really enjoyed it. I love cycling (I did it a lot when I was a kid) and the Peloton workouts, in tandem with a new Apple Watch I bought, have been extremely motivating. I'm on about an 8 week streak now of 5+ workouts in a week, which is the most I've exercised possibly ever.

Fell in Love with Japan Even More 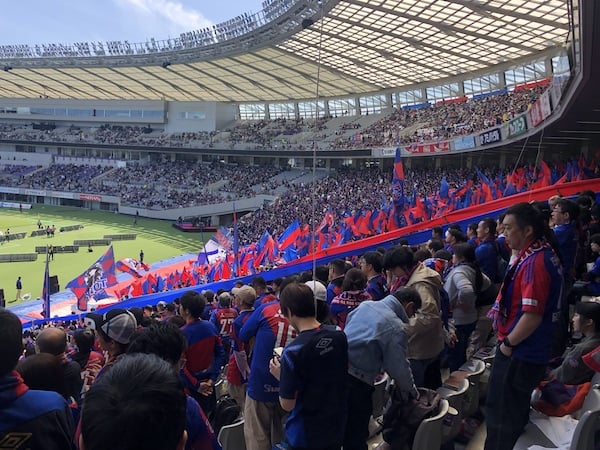 View of the supporter's section at an FC Tokyo game. Hope to go back to another game in 2020!

In the spring, I attended RubyKaigi for the second time. This year, it was in Fukuoka, Japan.

This was my second time in Japan and both me and my wife love it even more now. The food, the culture, the scenery - we just can't get enough. I've started to take up Japanese on a more serious basis, and we're going to be returning there for a 3-month stay in April. 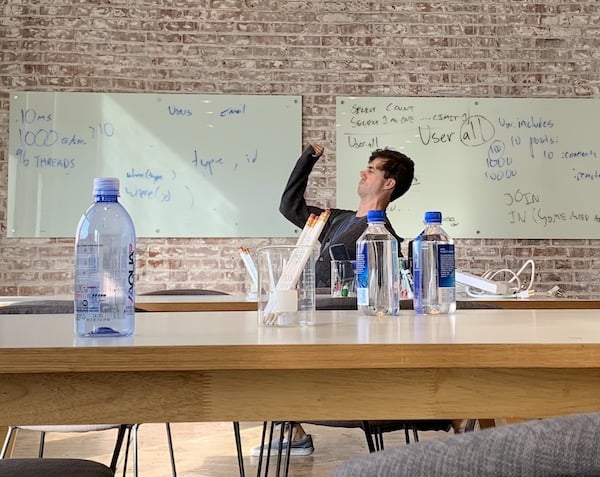 This was a pretty big step for me. I ran my Rails-performance-pony-show in more than a dozen cities in the United States. It was fun. I got a taste of a real summer of "business travel" and spent more than 90 nights in hotels this year. I learned that I don't really hate it all that much. I wouldn't want to much more, of course, but it wasn't too bad.

The tour itself was more of a learning experience than a financial success. I made a small amount of money on it but not nearly as much as I had hoped. However, I did learn a LOT by having to run through my "material" dozens of times. I learned a lot about what sticks and what doesn't, what's important and what's not. That was certainly worth the cost of admission. I basically see it as getting paid to do customer development. 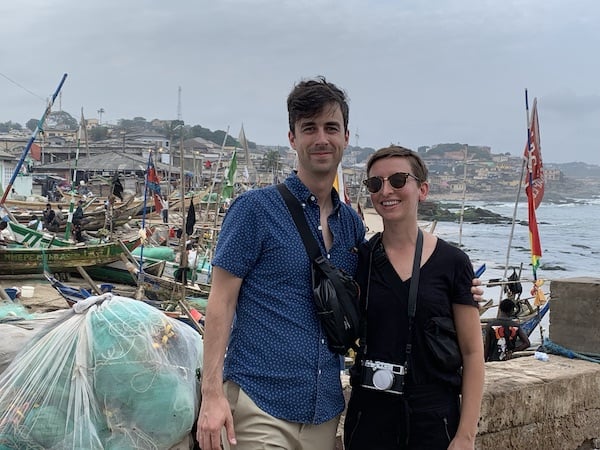 On the beach in Cape Coast, Ghana. Somewhere I'd wanted to return to for almost 10 years!

In the fulfillment of a dream I've had for almost a decade (when I read the Four-Hour Workweek), I finally became a full-time "digital nomad". My wife and I left the US in August and don't plan on returning for at least a year.

It took a number of life factors that had to converge to make this happen. My wife's career became remote, our dog passed away, and a few other things that prevent one from travelling around the world full-time finally lined up to let us go.

I've met a lot of new Rubyfriends on the road, which I've really enjoyed. I hope to continue to do so in Mexico and Japan, which are our destinations for the first half of 2020.

Published a lot of Newsletters

I've been achieving a bit more regularity in my writing, and the breakthrough came from an unexpected source: my newsletter (subscribe below!). I've always felt a bit overwhelmed by posting on my blog, ever since the whirlwind period of 2015 when I was posing every 2 weeks or so with 3000 words or more. I've often set out to post more frequently only to fall over after the first post.

Instead, I allowed myself the creative space of my email newsletter to most more quick-hits, and it's really freed me up a lot. I hope to continue this habit in 2020.

I went public with the anxiety I've experienced as a result of my appearance on the Shark Tank reality show in 2009. It took a lot of time for me to process that experience and its been helpful to be able to publicly say "this thing messed me up, and I'm still dealing with it."

I'm Nate Berkopec (@nateberkopec). I write online about web performance from a full-stack developer's perspective. I primarily write about frontend performance and Ruby backends. If you liked this article and want to hear about the next one, click below. I don't spam - you'll receive about 1 email per week. It's all low-key, straight from me.

Do better, not best - transitioning to a growth mindset

On how setting goals like 'run a marathon' or 'write 1000 words per day' hurt me more than helped, and what I'm doing now instead.

On the packaging of ideas

What does it mean to be a open-source project maintainer?

I'm Glad I Failed In Front of Millions on Shark Tank

I appeared on Shark Tank, the American adaptation of the business-themed reality television show Dragon's Den, when I was 19. I've spent almost 10 years dealing with that experience and my perceptions of my own failure. Now, though, I'm glad I failed.

How To Get A Computer Science Degree in a Warzone

An appeal to any Canadian readers or friends of mine to help one of our own: a young computer programmer fleeing the Syrian Civil War.

A step-by-step walkthrough of how I made a nearly-full-time income from my Ruby on Rails course in 2016, and how it radically transformed my freelancing career.